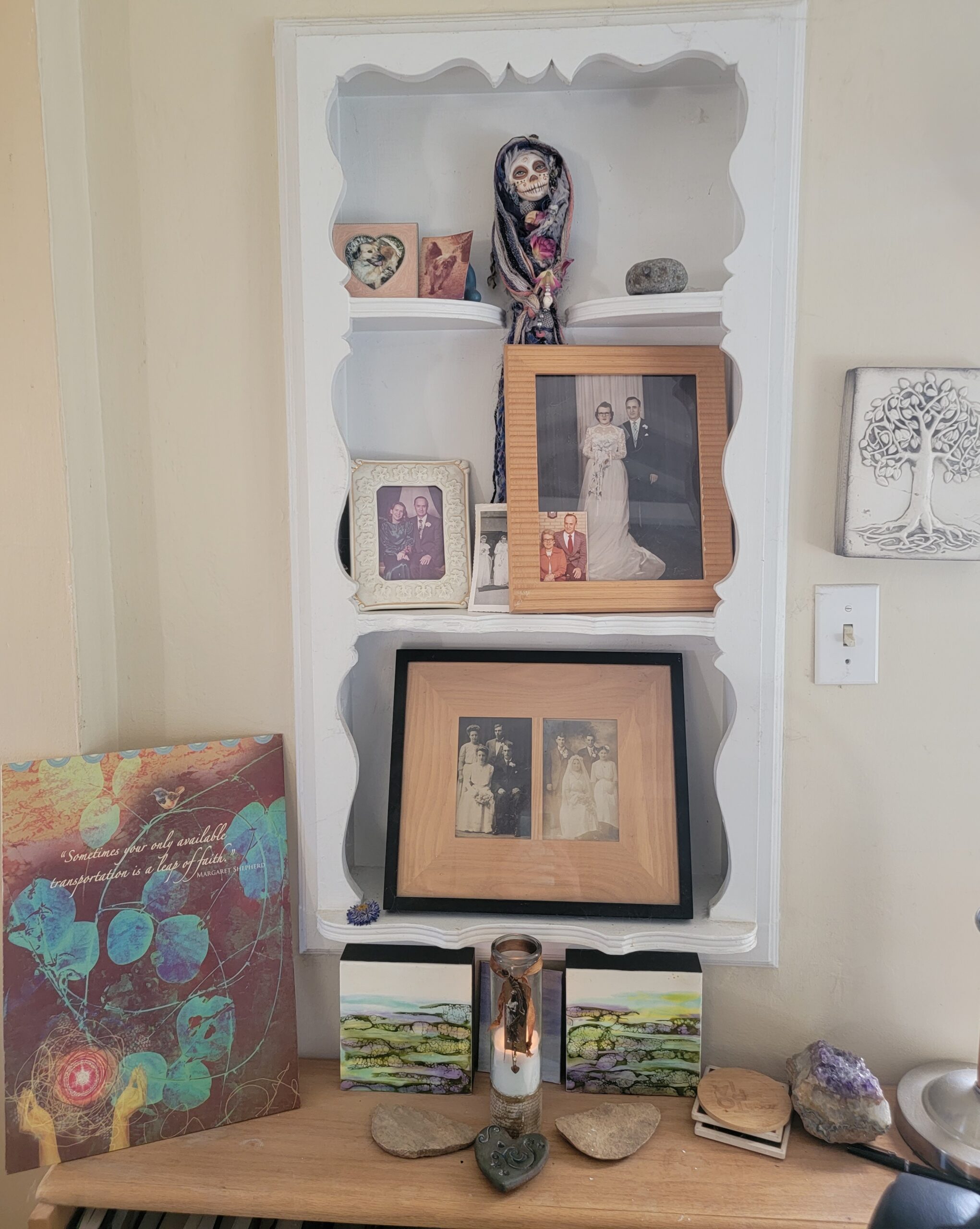 I was thinking of how often as a young girl I was told to be “nice,”  and I started to write about the messages I wish I had received instead of “nice.” This took me on a journey of ancestral awareness and healing, perfect on “All Souls Day” or “Día de los Muertos” (Day of the Dead).

Instead of “be nice,” I wish they had coached me in how to speak the hard truth with compassion.

Instead of “Don’t be so dramatic,” I wish they had said, “You feel deeply, let me help you channel those feelings, learn from them, and express them productively with others and in art.”

Instead of “Don’t think being smart makes you better than anyone else.”  I wish I had been told to celebrate my gifts and find the gifts in others to celebrate.

Instead of saying “We are not athletic people” when something physical didn’t come easily for me, I wish I had been told, “Not everything comes easy.  Some things take practice. And you don’t have to be the best to enjoy it.  Have fun!”

Instead of being told “You don’t want that” when something was too expensive, I wish my desires had been acknowledged and the realities of budgeting and saving for items explained to me.

What is My Truth?

I was told I didn’t know what I wanted or felt until I didn’t know what was true for me anymore. For so long, I was told what was true for me was wrong.  I’m still excavating the connection between what I feel and what it means.  I’m trying to figure out what I really want now. That true north soul voice is illusive, buried under all that “should” and “have to” conditioning.

I hear that soul voice some days more clearly than others.

I know my parents had things that they wished their parents had done and they tried to do better with me.  I know my grandparents tried to do better than their patents.   I was never told to go cut a switch so that my parents could punish me.   There was always “enough” food, and clothing.   My grandparents raised their families during the Depression, struggling to provide the basics.  I desired more but I was never hungry or cold.

I know my mom was envious of the love my father gave my sister and me as much as she was glad that he was a loving father.  She never had that type of love from her father who had a traumatic brain injury while he was running moonshine in 1922 to support his family during the hard times.  This was the year my mom was born. She never knew her father without the brain injury but repeated often “Daddy was never the same after the accident,” which much be what her mother, my grandmother Helen repeated to her when he acted out.

My shamanic teachers have told me, “Don’t let your ancestors be hungry ghosts”  meaning pray for their healing so they are not trying to live through you. Today it is all Soul’s Day in the Catholic Church or Day of the Dead in Mexican traditions.  I light a candle on the ancestral altar I created with photographs of my mom, dad, and grandparents, praying for them and all my ancestors.

I thank them for their strength and gifts,  acknowledge their wounds and disappointments and forgive them for not being what I wish they could have been.  They were all wonderful strong complex humans.  None of us have all the answers or do it all right.  In the hours before my mom died, I held her hand and said “Mom, you did good.  You lived well.   Your time here is done.  Your body cannot sustain that big soul of yours anymore. Go be with Dad; he’s waiting for you.”  I meant every word.

I light the candle for them so that I can become more of who I hope to be; and so that  I can hear and follow the soul voice within.

Thank you to all my ancestors. May you know peace. May your spirits know you did well and are loved and remembered today and every day.